Three Rookers Island is a small, semicircular island that has emerged within the last decade and has become its own thriving habitat for birds and other creatures. It is a popular destination for boaters during the summertime, as that is the only way to reach this wonderful little island. The day I was there with some friends of mine, there was no one else there. It is located between Anclote Key and Honeymoon Island near Tarpon Springs.
Above: a remarkable piece of drift wood which looks just like a serpent or dragon, complete with mouth and eyes. It is currently hanging in my house. 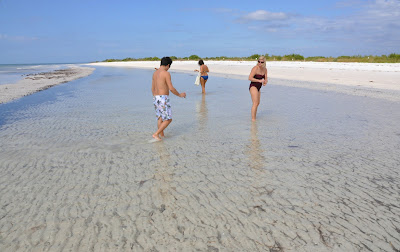 Three Rookers is one of the last natural islands on Florida’s Suncoast and has become a thriving bird sanctuary. There are no docks, shelters, or facilities on the island, and the channel around the island is not dredged.
The island is patrolled by numerous organizations to protect the sensitive habitat. 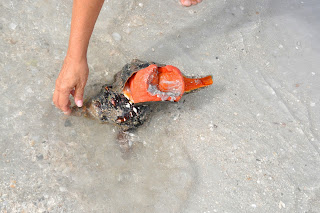 Left: a huge conch shell found in the surf. It was in the process of eating a sea urchin when it was found. The creature living inside looks bigger than the shell it lives in!
Below: the beach is littered with accumulations of dried seagrass, twigs and sticks which have washed up over the years. When viewed up close, it looks like an alien landscape. Without any sense of scale, the photo below could be a mountainous region somewhere. 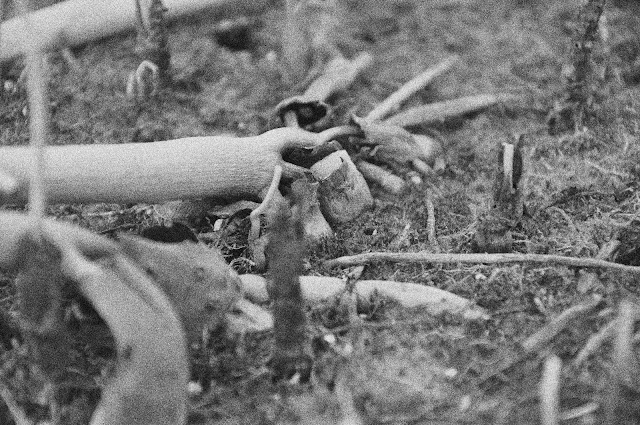 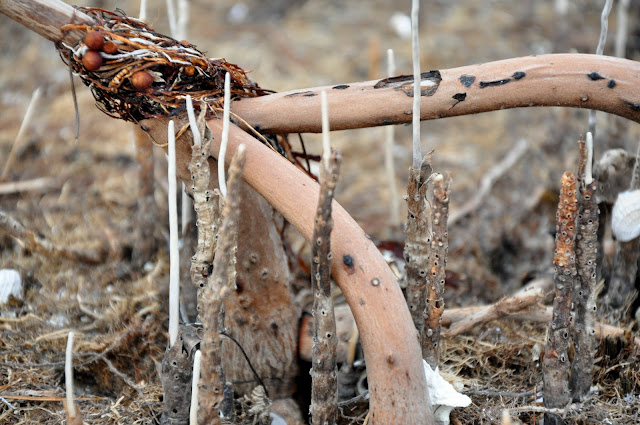 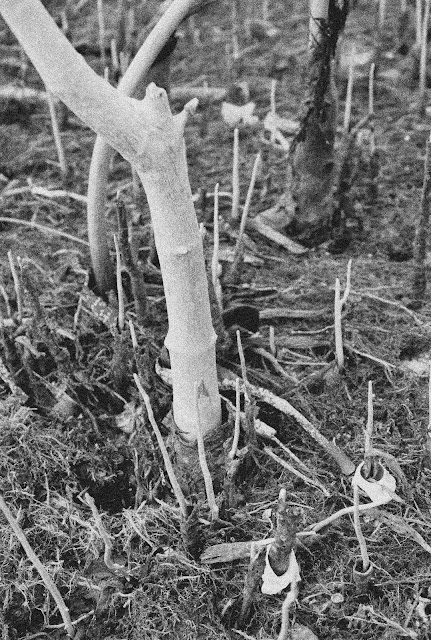 Near a small tide pool, I found thousands of tiny fiddler crabs who were migrating from the protection of the mangroves to the tall grasses nearby. When they saw me coming, they raced back to the mangroves, crawling over themselves to get away. 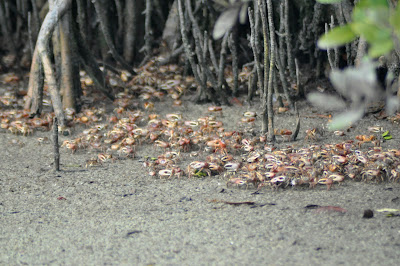 When I hunkered down and kept very still, they no longer perceived me as a threat and begin to emerge from the mangroves. It was a miniature mass migration.

These are red-jointed uca-minax crabs, which have four pairs of legs and a carapace that is squared with rounded rear edges. Males have an oversized claw which is used to attract mates and to discourage rivals, while the claws of female fiddler crabs are small. They are quite common along the eastern seaboard and live in muddy and brackish water marshes and burrow into the sand to create shelter. For more information about these crabs, click HERE. 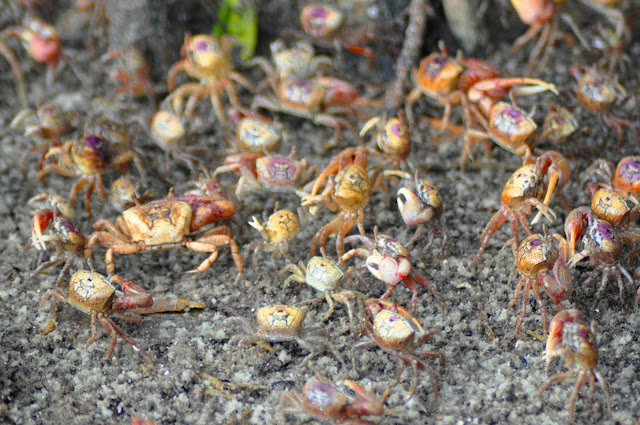 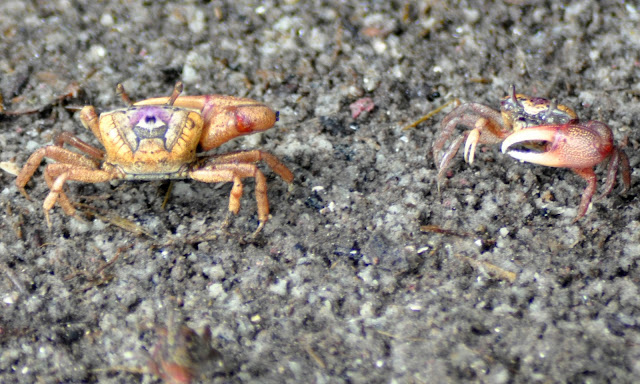 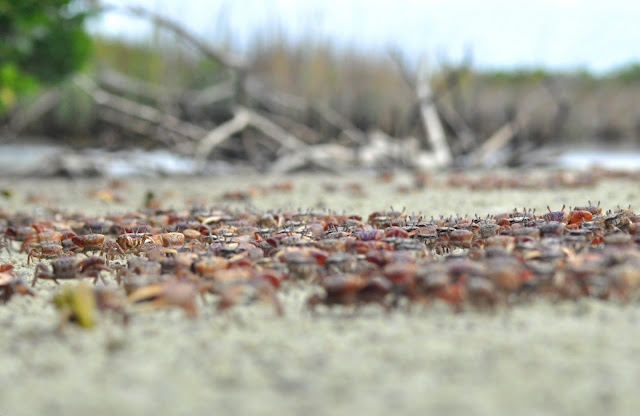 In the decades since Florida’s inter-coastal tides have created this island, wildlife has slowly moved in, creating a thriving habitat for birds. 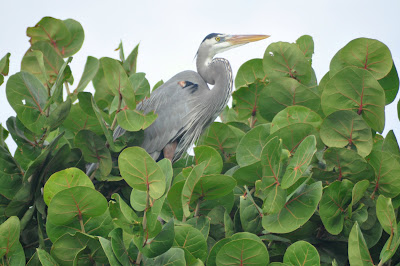 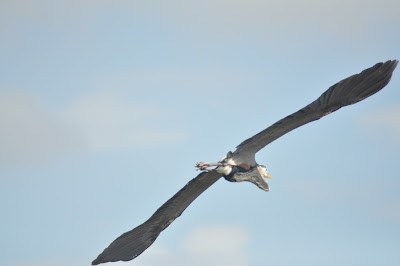