This is riveting, haunting stuff. These are actual transcripts from recordings of the various air traffic controllers and military personnel reacting to the hijacking of American Airlines Flight 11, as well as the two other planes that were hijacked, on September 11, 2001.

The “Atta” in the transcripts is Mohammed Atta, one of the hijackers.

When the military gets involved, there is confusion about where the plane is, and if it is responsible for the fire emanating from the Word Trade Center. Fighter jets are scrambled, and orders are given to shoot down any aircraft that does not respond to the direction of air traffic controllers.


These are the actual recordings of actual people trying to figure out what is going on, and to react in time.


Below is the combined recordings in sequential order, beginning with Boston air traffic control’s attempts to raise American Airlines Flight 11, ending with an unknown military controller asking if this is national terrorist day. The recording runs just over an hour and a half long. This is history in its rawest, purest form. 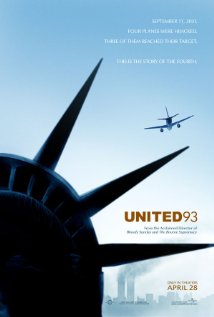 After listening to the recordings, I watched United 93, a movie about the passengers who stormed the cockpit of the hijacked plane which crashed in a field in Shanksville, Pennsylvania on 9/11. It is one of the most riveting films I have ever seen. I had tears in my eyes watching it.

The film is powerful for several reasons, one of which is the use of relatively unknown actors, and actual pilots and flight attendants as members of the cast (FAA operations manager Ben Sliney played himself in the film). There are no flashy, A-list actors, and no 1970s-era disaster film cliches such as passengers getting to know each other. The passengers remain mostly anonymous, giving weight to the drama; they are ordinary people thrust into extraordinary circumstances. The majority of family members gave their approval for the film, and several actors met the family members (in reunions which were understandably emotional).

This is not a feel good movie by any stretch of the imagination. It is incredibly, viscerally, powerful, and handled the subject with tact, honoring the passengers who chose to take control of their destiny and in turn, saved the lives of untold numbers of innocent people. They represent the best of America.

This is perhaps the most powerful documentary of 9/11 you will ever see. Two French filmmakers, doing a documentary of New York City Firefighters captured the first plane striking the building, and followed the fire fighters to the lobby of one of the buildings as they tried to figure out how to respond. Their incredible footage captures the momenrt when the firefighters were running for their lives as the building collapsed above them, and the incredible scenes of devastation that resulted. This is a raw, ugly, gripping – and important- historical document of one of the worst terrorist attacks on American soil.
Share on Facebook Tweet on Twitter Share on Google
Like this? Share with your friends!